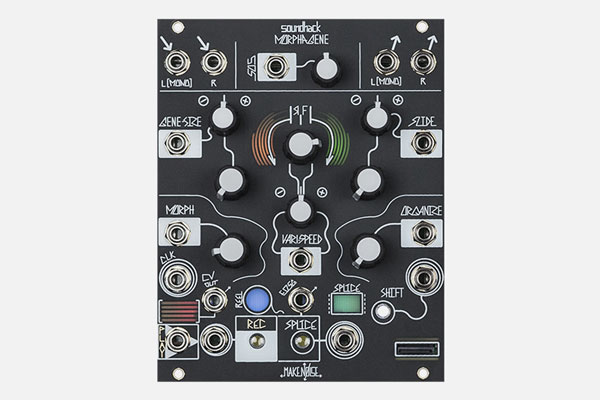 This product is not eligible for the price match. Write us if you need more infos.

The Morphagene is a next generation Tape and Microsound music module that uses Reels, Splices, and Genes to create new sounds from those that already exist.

The Morphagene is comprised of a pair of tool-sets, which work well together: Tape Music Tools allow for sounds to be recorded on the fly, layered using the internal Sound On Sound (S.O.S) function, manually cut into pieces using the Splice function, and re-organized with the Organize control. Once it is spliced up, it is possible to create nearly infnite variations of the original loop by modulating the Organize parameter. Vari-Speed allows for the speed and direction of playback to be controlled continuously with one control signal.